hardkover the low down on new books 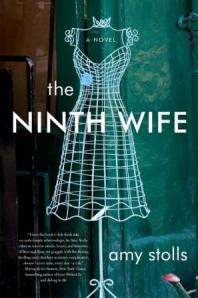 Just the Facts: by Amy Stolls. 488 p. Published May 2011 by HarperCollins. Advanced review copy provided courtesy of the publisher, through NetGalley.

Short Bio: Bess relies on the vigor of her karate class and the antics of her gay neighbor, Cricket, to keep her 35-years-old-and-single life interesting until she’s talked in to throwing a big singles bash for her birthday.   There, she meets Rory – a hunky Irishman with a secretive past.  As their relationship gets serious, Rory confesses to Bess that he’s had eight previous wives.  As Bess attempts to navigate her emotional turmoil from hearing this news, she determines to contact Rory’s ex-wives to see if she can’t find some reason to either accept or reject Rory’s marriage proposal.

Eyewitness Account: I was surprised at how much I loved this book – it’s not very impressive at the beginning (the writing is a little awkward, as it’s written mostly in present tense. “Bess goes to the fridge and takes out a glass of milk.”), but once I got about a third of the way through, the characters hooked me.  Every single one of them, from Cricket to Bess’s bickering grandparents to Rory’s past wives, somehow managed to rise above the general stereotypes that you tend to see in supporting characters and made for very believable people.  Although a little slow at first, the plot really picks up momentum about halfway through and I couldn’t put it down!

My favorite part about the book is the personal journey that Bess goes through. At the beginning of the story, she is a somewhat content, independent women who generally plays it safe – even the 10-year-old kids at her karate studio aren’t afraid of her because she lacks the bold confidence of someone who takes risks.  She yearns for the satisfaction and security that marriage is supposed to provide, but is then challenged by the notion that marriage can really give that – by her bickering, unhappy grandparents and by the revelation that her boyfriend had been eight previous marriages.  It is this challenge that finally provokes her to take some risks – to seek out Rory’s past wives and try to figure out what her own decision should be.  I really liked the conclusion of Bess’s search and thought it exceptionally fitting for her story.  The author explores the intricacies of relationships, the expectations of marriage, and a the sometimes plaguing question, “How much of my past defines me?”

My advice – push through the first half, it’s worth it!

Gaia is that perfect skimming stone one searches for at the edge of a lake, smooth and shapely, unadorned and peaceful among the other stones but capable of soaring out across the surface as if defying the laws of nature. She is beautiful, but then maybe all new mothers are beautiful, or all onlookers in the immediate aftermath of birth see a kind of beauty they didn’t see before.

How does one wrap one’s mind around eight wives? It could have been worse, he could have murdered someone, her interior voice whispered. If he were a murderer, she answered, she certainly wouldn’t be sticking around. But isn’t that the response she should have to a serial spouse? To run fast in the other direction?

“Whatever I could say, I’d say, Bess. Whatever I could do, I’d do. I love you. Maybe I’m a hopeless romantic, but I do. I want to be with you.” “You’ve said that now eight, no—nine times.” “Not exactly, but yes, that’s too many times, I agree, and I’ll be paying for it for the rest of my life, but can you honestly tell me that’s worse than not saying it enough? I never lied, Bess. My crime is that I love with too much hope.”

Other Books Read by This Author: None.

What are other people saying? My Books My Life, Reading Through Life, Book Club Classics

This entry was posted on July 12, 2011 by brittneykp. It was filed under 4-Star Books, Contemporary, Romance and was tagged with divorce, family, grandparents, homosexuality, Ireland, Judaism, marriage, relationships, road trips, spousal abuse, Tae Kwan Do.

Cathy, Nick, and Brittney are a family of bibliophiles who LOVE to read and LOVE to have an opinion - obviously those two loves join together in blogging book reviews! 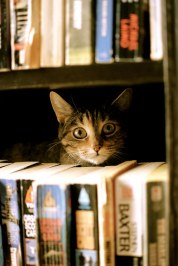